The Signs and Symptoms

The sign of a craniofacial/myofascial trigger point is a focused point of tenderness or pain felt when pressure is applied. Pressure to a trigger point made with a finger may also cause a sensation of shooting pain along nearby muscles, such as from the back to the neck or shoulders. The trigger point feels like a hard knot of tissue to the touch.

When a person is experiencing craniofacial/myofascial pain, it is often described as:

However, it may not be apparent to the untrained observer because trigger points can be present deep within a muscle. A physical examination by a doctor is often required to uncover all present craniofacial trigger points. 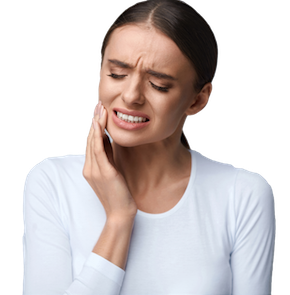 When a trigger point becomes active due to injury or irregular use, the muscle fibers containing that trigger point tighten to create a taut band that keeps the muscle in a continuously contracted state. The muscle, in turn, becomes weak and inflexible and may even trap adjacent nerves, leading to secondary pain sensations, such as numbness and aching. If left untreated, surrounding muscles may eventually become overworked as they make up for the affected muscle’s inefficiencies. These overstressed muscles may then develop trigger points as well, creating complex networks of referred pain and myofascial pain patterns.

Trigger points may also be present within the muscle structure in a latent state. In these cases, discomfort is felt primarily if pressure is applied directly to the trigger point. A latent trigger point can become active if the muscle in which it resides is aggravated due to injury, overuse, illness or stress.

One underlying cause appears to be muscle injury or repetitive strain, which activate trigger points. Another cause might also be psychological stressors and physical strain because both can increase muscle tension along fibers referred to as the taut band, which is a hardened ropelike stretch of muscle fibers in which triggers are present. Lastly, craniofacial pain might originate from postural stressors, such as poor body posture which is held for prolonged periods of time, such as sitting at a desk.

Having well-conditioned strong muscles that can easily handle everyday activities puts an individual at lower risk of the condition. So, that means it is important to remain healthy and active so that you can protect yourself from injury and pain. And, while diet is not directly linked to craniofacial pain, overweight individuals are at a higher risk because muscles are strained by carrying the body’s mass. 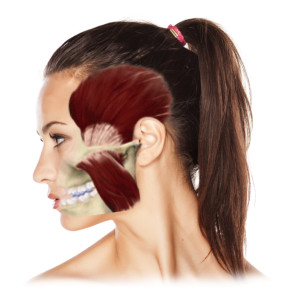